To the Victor the Spoils: D-Day to Ve Day, the Reality Behind the Heroism Sean Longden 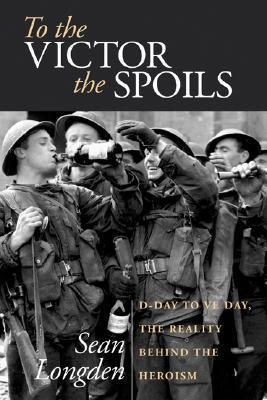 It is the first time many issues--such as soldiers sex lives--have been fully examined from a British perspective. The book is for anyone interested in social history as well as readers of military history. This is history written from an alternative, challenging perspective. The author has not been afraid to confront controversial issues.

Coverage includes chapters dealing with: the crime wave unleashed on Europe by British and Canadian soldiers, the prevalence of indiscipline including the murder of unpopular officers, revenge and the widespread killing of German prisoners by Commonwealth troops, the VD epidemic, the use of brothels and fraternisation with German women, the looting of property from both the enemy and liberated civilians together with widespread vandalism.

But the book puts all this in the context of the daily trials of the average tommy with fascinating and often humorous accounts of how the troops dealt with fear and battle fatigue, how they satisfied their craving for alcohol and supplemented their army rations, and how the lucky ones managed to survive and even snatch some recreation. Sean Longden studied History at the University of London. He has had a varied career mixing workin historial photographic archives and international press agencies.

Comments
Comments for "To the Victor the Spoils: D-Day to Ve Day, the Reality Behind the Heroism":